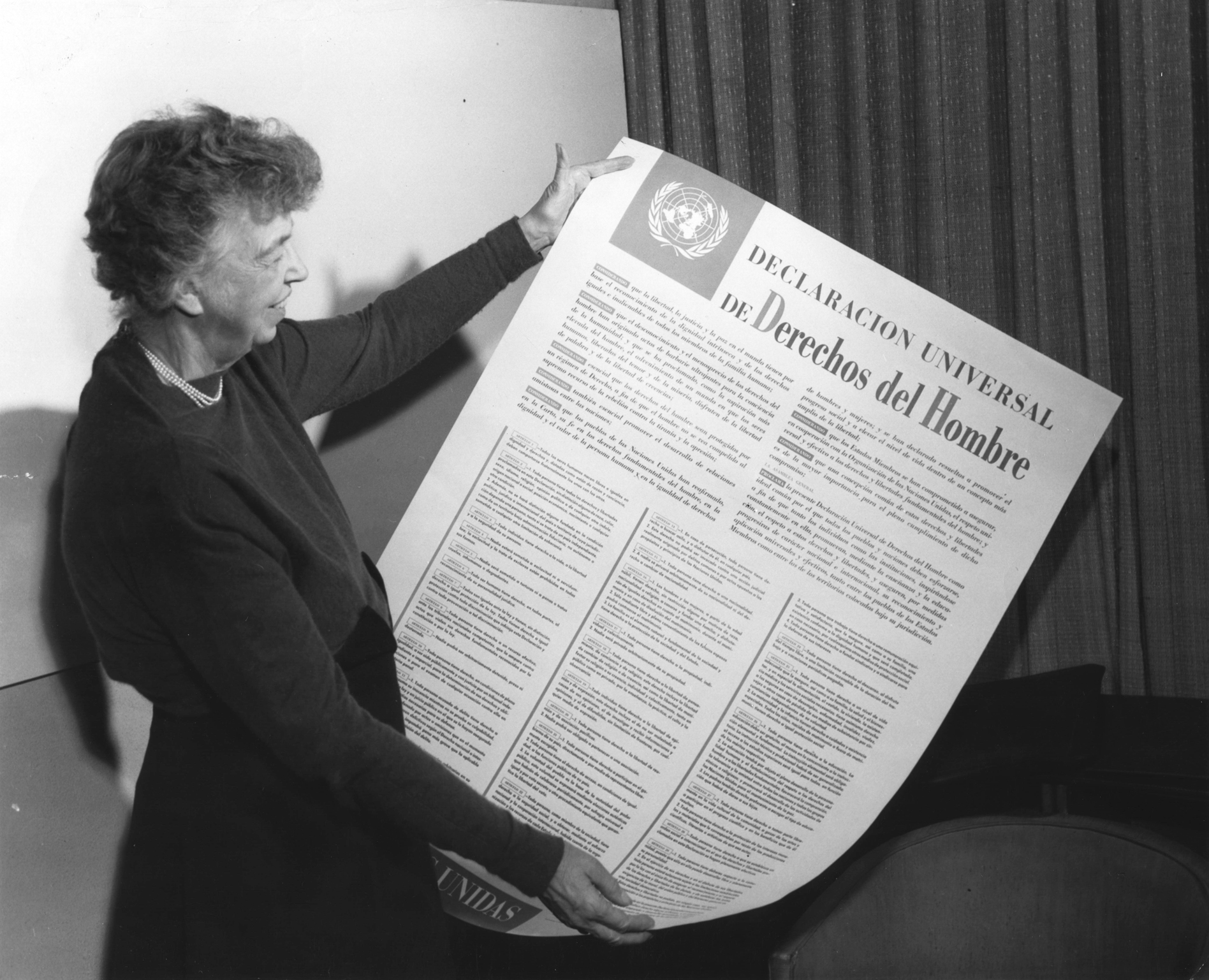 Eleanor Ropsevelt with a copy of the Declaration of Human Rights

Human Rights Day is observed every year on 10 December — the day the United Nations General Assembly adopted, in 1948, the Universal Declaration of Human Rights (UDHR). The UDHR is a milestone document that proclaims the inalienable rights which everyone is entitled to as a human being - regardless of race, colour, religion, sex, language, political or other opinion, national or social origin, property, birth or other status. Available in more than 500 languages, it is the most translated document in the world.

Both the constitutions of Napal and Soutn Africa revolve around the concepts of the Universal Delecaration of Human Rights. How do they differ from the United States Constitution? How are they the same?